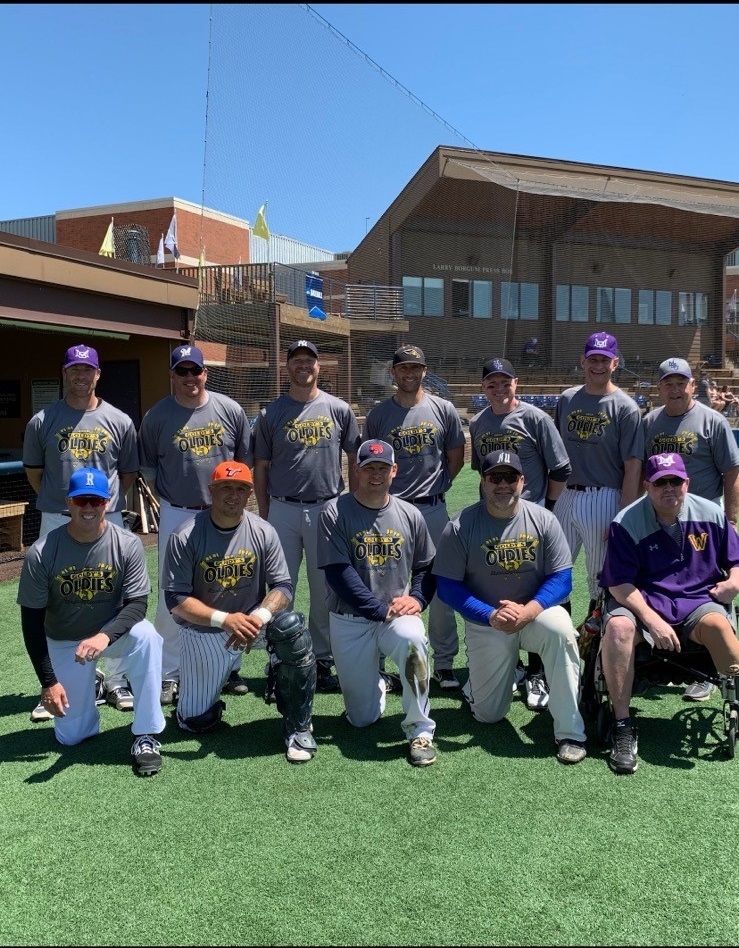 Over Memorial Day weekend I had the opportunity and pleasure of playing in a baseball tournament with a few of my former college teammates.  Some of those guys I haven't seen since 2001.  I think we all had a bit of nervousness going in to the tournament and I am not sure any of us knew exactly what we were getting ourselves in to.  As we warmed up in the batting cage it became pretty apparent to me, although a bit older, we really haven't changed much.  We had a fun tournament playing together again and hopefully it won't be another 18 years before we get together.  2001 was before most people had cell phones so, at minimum, we can now text.

As I drove home and reflected about the weekend I couldn't help but think about all those things we leave in our past. Hobbies, people, passions, and all those other things we never meant to leave behind but life just happened.

So what are those things in your life you didn't have time for but would like to revisit again soon?  Did you have a hobby or passion you've always wanted to pursue?  Is your situation different now for you to re-visit and re-dedicate yourself?

Who are some of those people you would have a great time with just getting together again for one afternoon or evening?  Grab a pen and paper and write down five names of those you would like to reconnect with before the end of the year.  It might be just this one contact and another decade before you talk again or it might lead a text every week.

In our case it was connecting people who enjoyed baseball together.  Of course, it was more about the people than the baseball, and we had a blast.  Take time this summer and do some re-connecting to a passion and some people, it'll be fun!