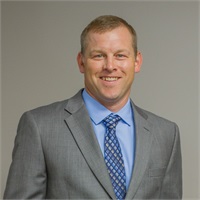 Keith was raised in Cannon Falls, MN and graduated from Minnesota State University, Mankato in 2001 where he obtained his bachelor’s degree in Finance and Personal Financial Planning. Keith has over a decade of experience in the financial planning business, focusing on helping individuals and small businesses with their life insurance and retirement planning. Keith’s key focus is helping retirees and pre-retirees develop a plan and have conversations about the transition into retirement.

Through his honesty, integrity and expertise, Keith’s passion to help others is evident in all aspects of his life. He is a past board member of the local United Way, serves as Sunday School Superintendent at his Church, teaches Sunday School and served on the executive committee which helped raise funds to rebuild the local library. He is also, vice president and player of the Cannon Falls Bears Amateur Baseball Team.

He and his wife Tammy have three children and live in Cannon Falls, Minnesota.

Representative at first sitting in 2001.

Passed Minnesota Life and Health Insurance test at first sitting in January of 2001.